Agot Isidro is an idiot... 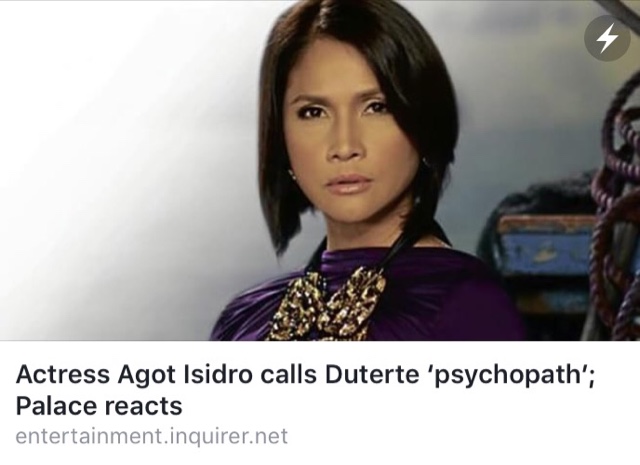 Agot Isidro is an idiot who lacks vision and has a mouth bigger than her brains...

Nice try hitting on President Duterte to attract attention. Don't even try running for senator or even congresswoman on 2019. We don't need another small minded individual as a leader.

That's actually the problem with some Filipinos. They simply accept the notion that we are a third world country which is what is actually weighing us all down. That mindset must be shifted. After all, we become what we think.

In order to become a Superpower, one must think and act like one. Then back it up with concrete actions which is what President Duterte is doing behind all those media issues connected to the war on drugs.

She obviously haven't heard of all the infrastructure projects and job generation projects of Duterte Administration among many others in health, education, investments, peace, etc. To think Duterte has just barely crossed his 100 days mark in office.

President Duterte is simply leveling the playing field. It is a given fact that no foreign country may act superior over another and interfere with other sovereign countries' domestic affairs. We are co-equals with any other country, big or small.

The Philippines and us Filipinos are worth a lot more than what some of us think. It's time to level up and be proud to be Filipinos! 👊🏽

Someone even commented asked me, "Are we prepared? (Pertaining to the potential loss of foreign aid)" My answer is another question... WHO IS?

Are you married? If yes, were you prepared for everything that might happen in the future before getting married?

I guess not. Because I was not. It was hard at first, but we rose up to the challenge as a family and we prevailed. I can't say that I am as rich as Bill Gates but I can say that we are doing really great but we are still striving to be even better.

Both rich people and poor people exist in ALL countries of the world. Therefore, it is not their leaders' fault if their rich or poor, but theirs. It is because they simply accept that they are poor and do nothing about it but to self pity and play the blame game.

There were really really poor people who made it to the Forbes list like Manny Villar, John Gokongwei, Lucio Tan, etc. It is in your way of thinking and attitude. It's not Duterte's fault.

Superpowers did not become superpowers simply because they were prepared or by their dependence on foreign aid.

Superpowers became superpowers because when their very essence as a nation was challenged, they rose up to the challenge and prevailed. They learned to stand on their own two feet.

That is the direction of the Duterte Administration! 👊🏽
Labels: Politics 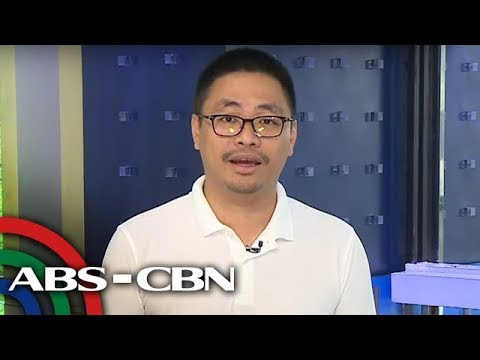