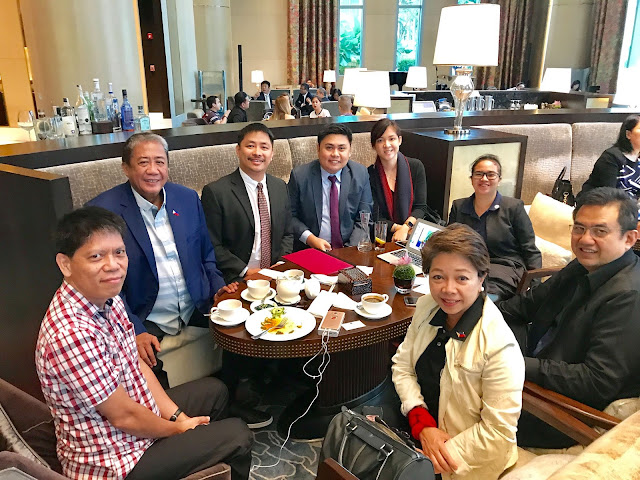 GENESIS - The beginning of the modern day and much improved Francisco Jeepney!

👊🏽
In this meeting, I was given the go signal to produce the soon to become historic prototype of the new Francisco Jeepney that we would later on mass produce. Take note, even the prototype is already SOLD!
As for me, when the sake of the Filipino people is at stake, I do not experiment. I would always do the tried, tested and proven with a taste of a state-of-the-art but dependable technology.
With our possible partnership with Ayala Corporation Industrial, Integrated Micro-Electronics, Inc. and Isuzu Philippines, Inc. and our others partners and suppliers, we will give our fellow Filipinos no less than the best brand new Francisco Passenger Jeepney in the market.
This endeavor is among PEZA's first to be registered as Domestic Market Economic Zones for Manufacturing that will generate jobs both directly and indirectly for the Filipino people especially in Northern Mindanao as we will build the first manufacturing plant in Northern Mindanao that would make the first batch of Francisco Jeepneys within the next 5 years in line with the PUV Modernization Program of the government. We will also make new utility vehicles, vans, trucks, military vehicles and cars in this facility.
PHOTO #1: With DOTr - Department of Transportation Secretary Arthur Tugade, Undersecretary for Road Transportation Tim Orbos, Assistant Secretary for Road Transportation Mark de Leon, LTFRB Chairman Martin Delgra III and other representatives from DOTr